Skip to the content
Cambodia
TAGS:architecture heritage landmark reflection religious
Angkor Wat (Khmer: អង្គរវត្ត, Ângkôr Vôtt [ʔɑŋkɔː ʋɔət]; meaning "Temple City") is a temple complex in Cambodia and is the largest religious monument in the world, on a site measuring 162.6 hectares (1,626,000 m2; 402 acres). Breaking from Shaiva tradition of previous kings, Angkor Wat was dedicated to Vishnu for the Khmer Empire. It was built by the Khmer King Suryavarman II in the early 12th century in Yaśodharapura (Khmer: យសោធរបុរៈ, present-day Angkor), the capital of the Khmer Empire, as his state temple and eventual mausoleum. Angkor Wat combines two basic plans of Khmer temple architecture: the temple-mountain and the later galleried temple. It is designed to represent Mount Meru, home of the devas in Hindu mythology: within a moat more than 5 kilometres (3 mi) long and an outer wall 3.6 kilometres (2.2 mi) long are three rectangular galleries, each raised above the next. At the centre of the temple stands a quincunx of towers. Unlike most Angkorian temples, Angkor Wat is oriented to the west; scholars are divided as to the significance of this. The temple is admired for the grandeur and harmony of the architecture, its extensive bas-reliefs, and for the numerous devatas adorning its walls. As the best-preserved temple at the site, Angkor Wat is the only one to have remained a significant religious centre since its foundation. The temple is at the top of the high classical style of Khmer architecture. It is one of the most important pilgrimage sites for Buddhists in Cambodia and around the world, having played a major role in converting Cambodia into a Buddhist nation. It has become a symbol of Cambodia, appearing on its national flag, and is the country's main tourist attraction. [Wikipedia] 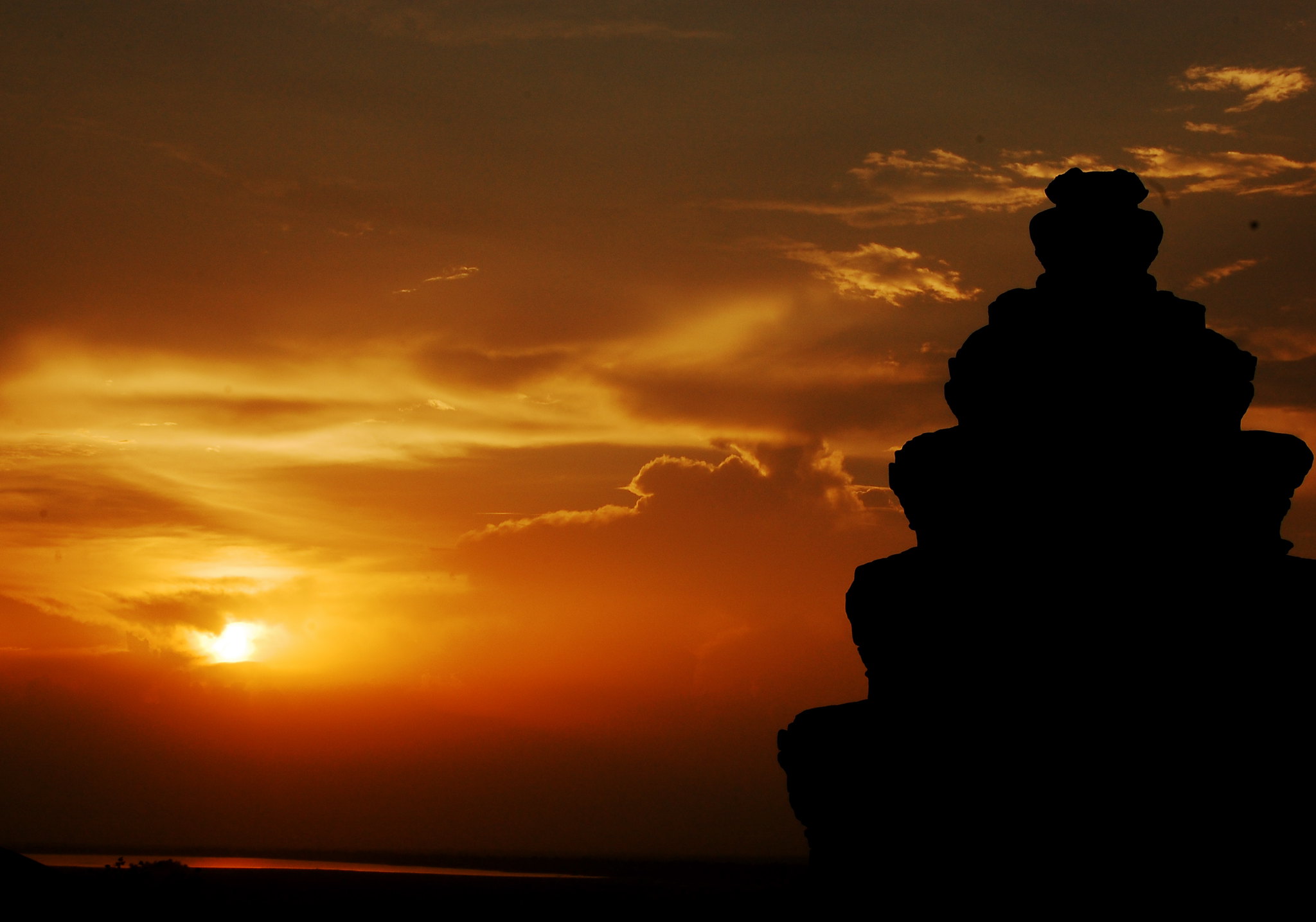 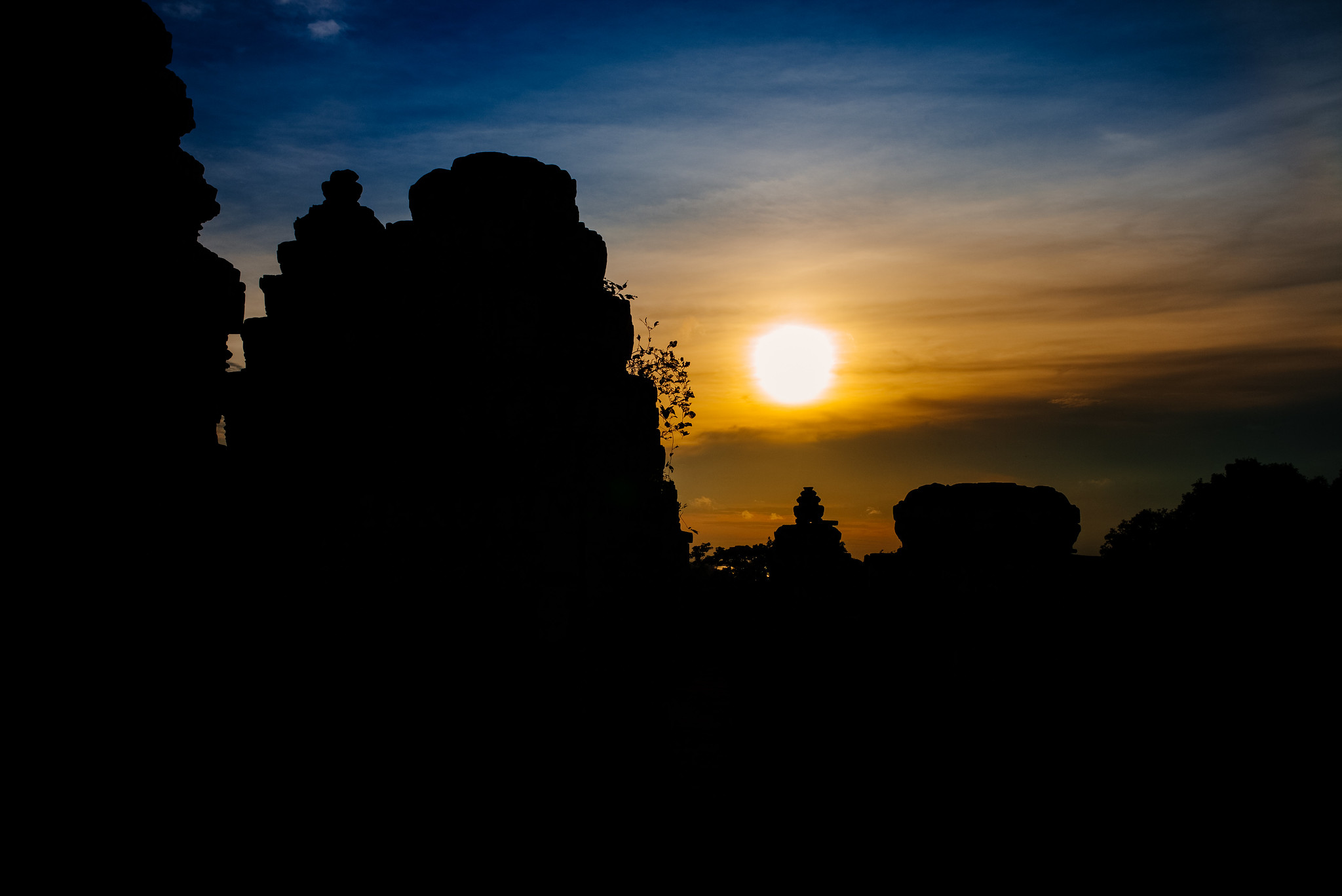 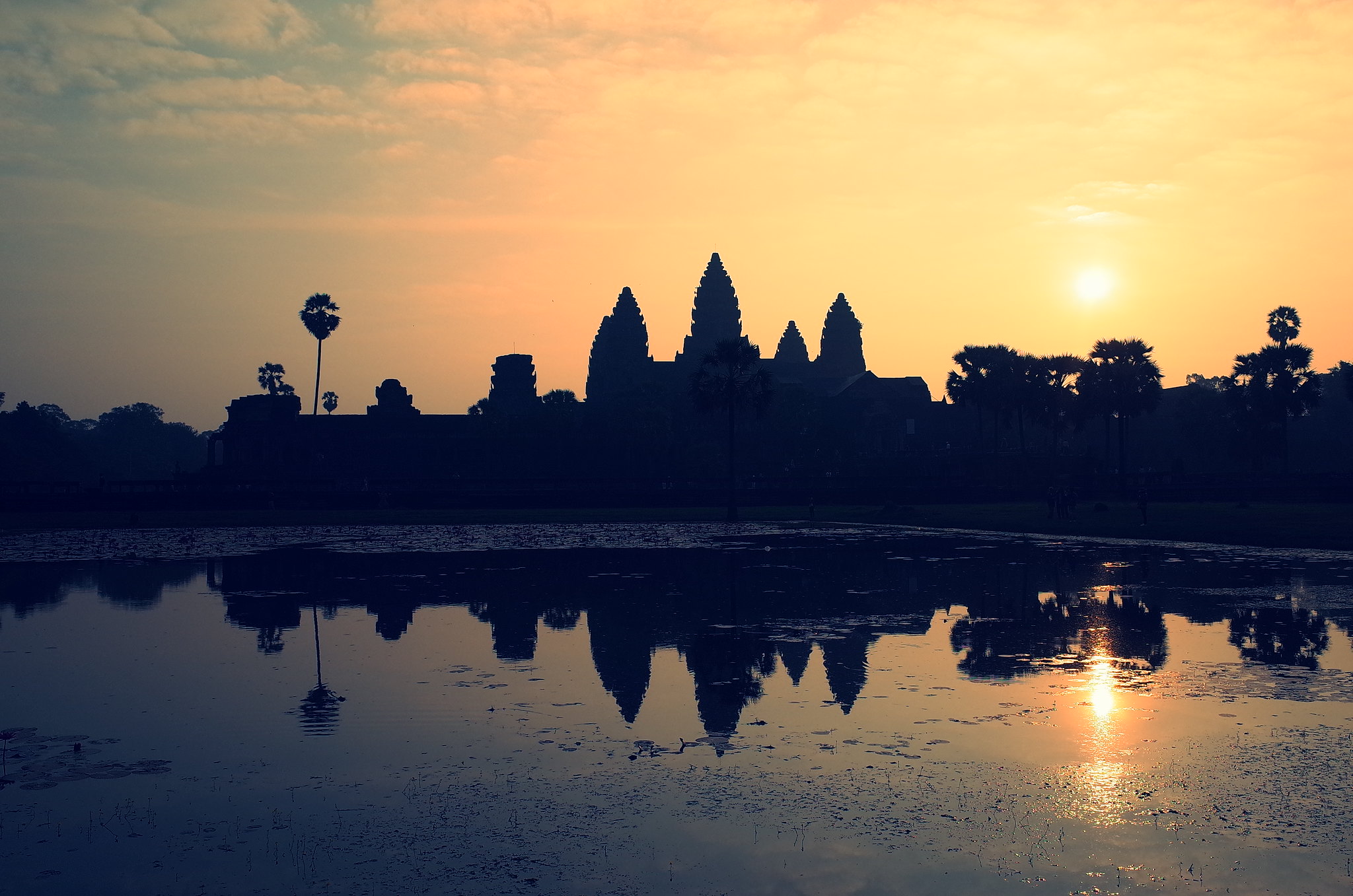