Skip to the content
Jordan
TAGS:heritage landmark religious wonder
Ad Deir ("The Monastery"; Arabic: الدير ), also spelled ad-Dayr and el-Deir, is a monumental building carved out of rock in the ancient Jordanian city of Petra. The Deir was probably carved out of the rock in the mid-first century CE.Arguably one of the most iconic monuments in the Petra Archaeological Park, the Monastery is located high in the hills northwest of the Petra city center. It is the second most commonly visited monument in Petra, after the Khazneh or "Treasury".The huge facade, the inner chamber and the other structures next to it or in the wider area around the Deir probably originally served a complex religious purpose, and was possibly repurposed as a church in the Byzantine period. [Wikipedia] 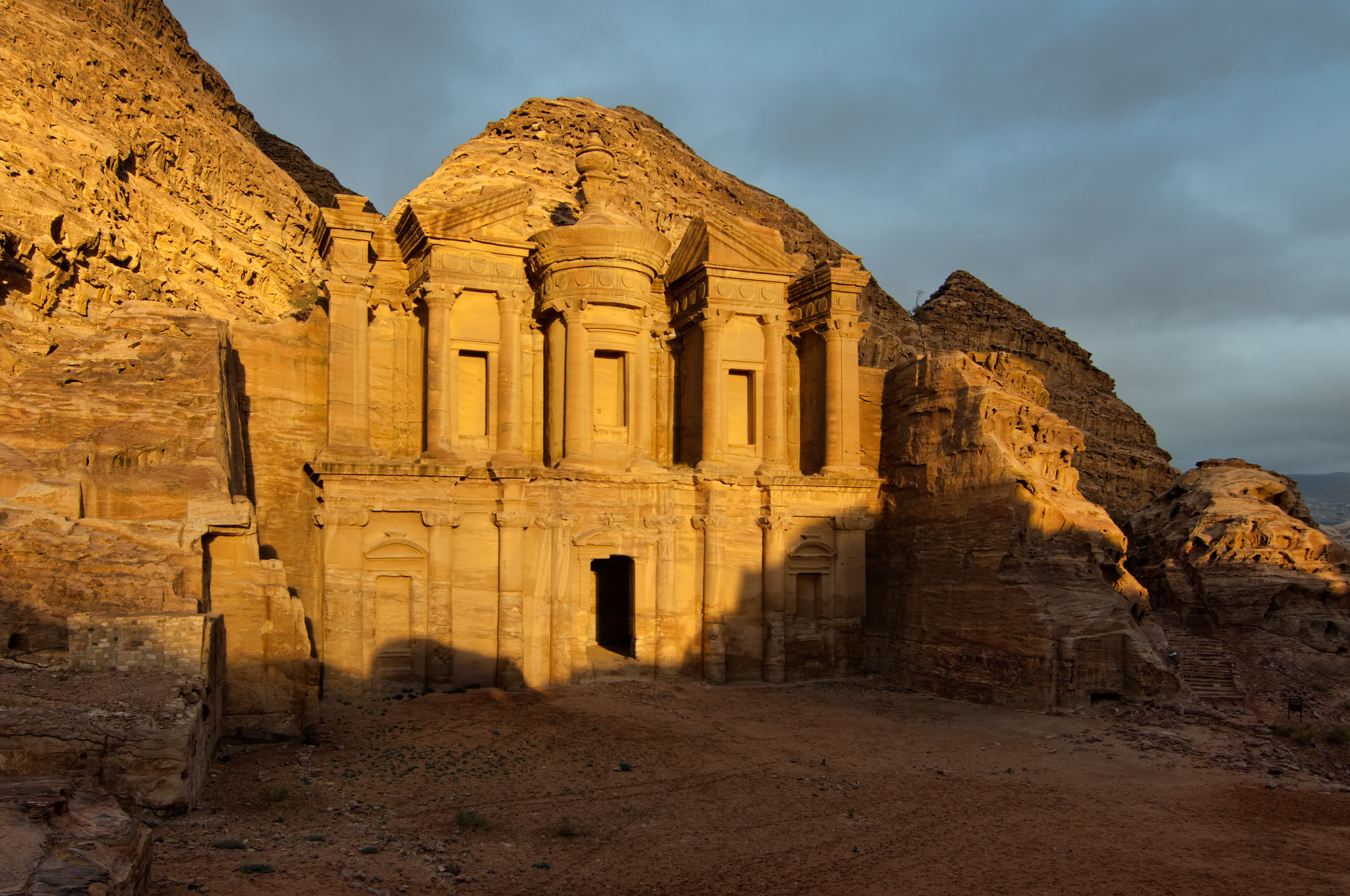 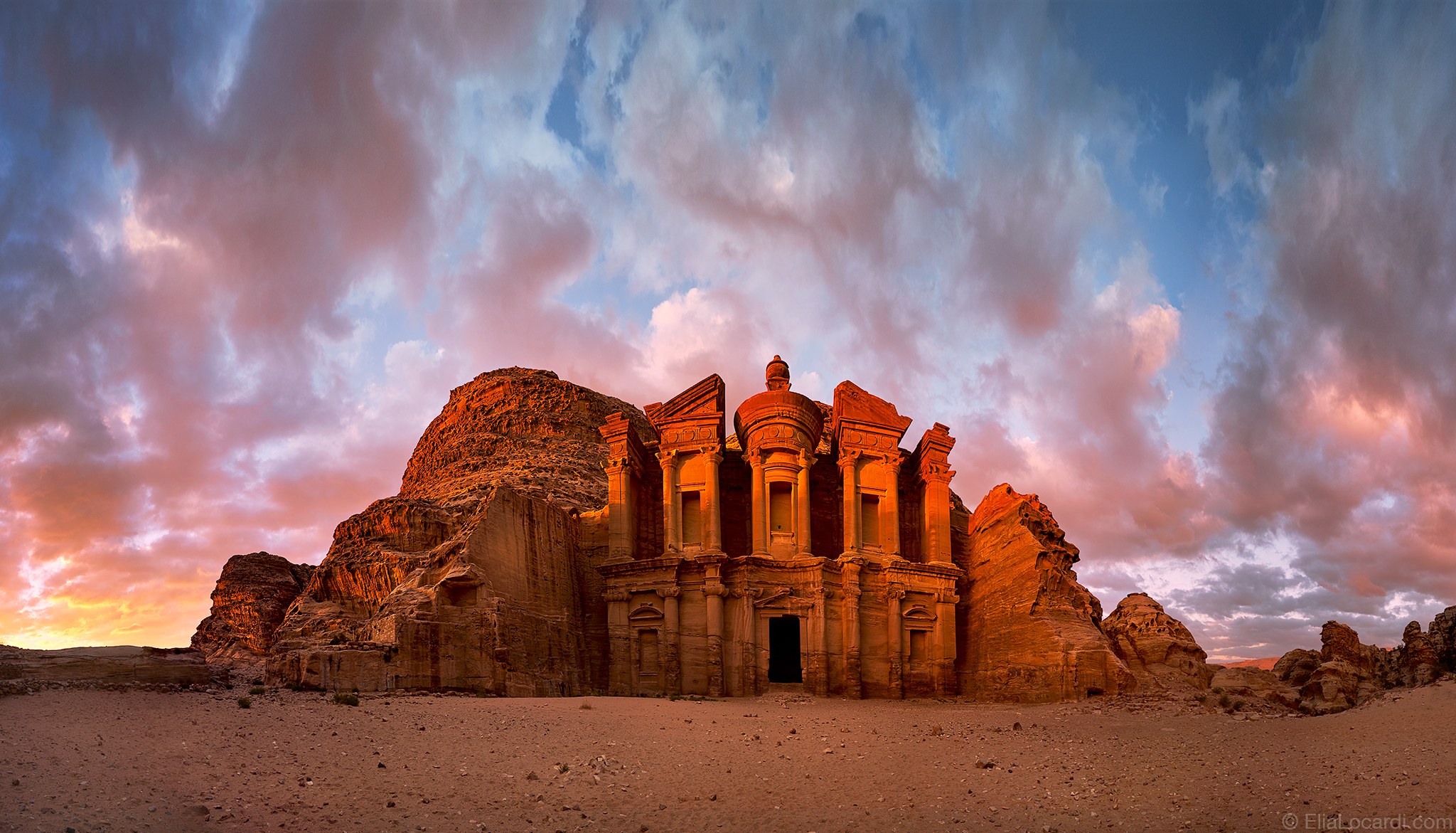 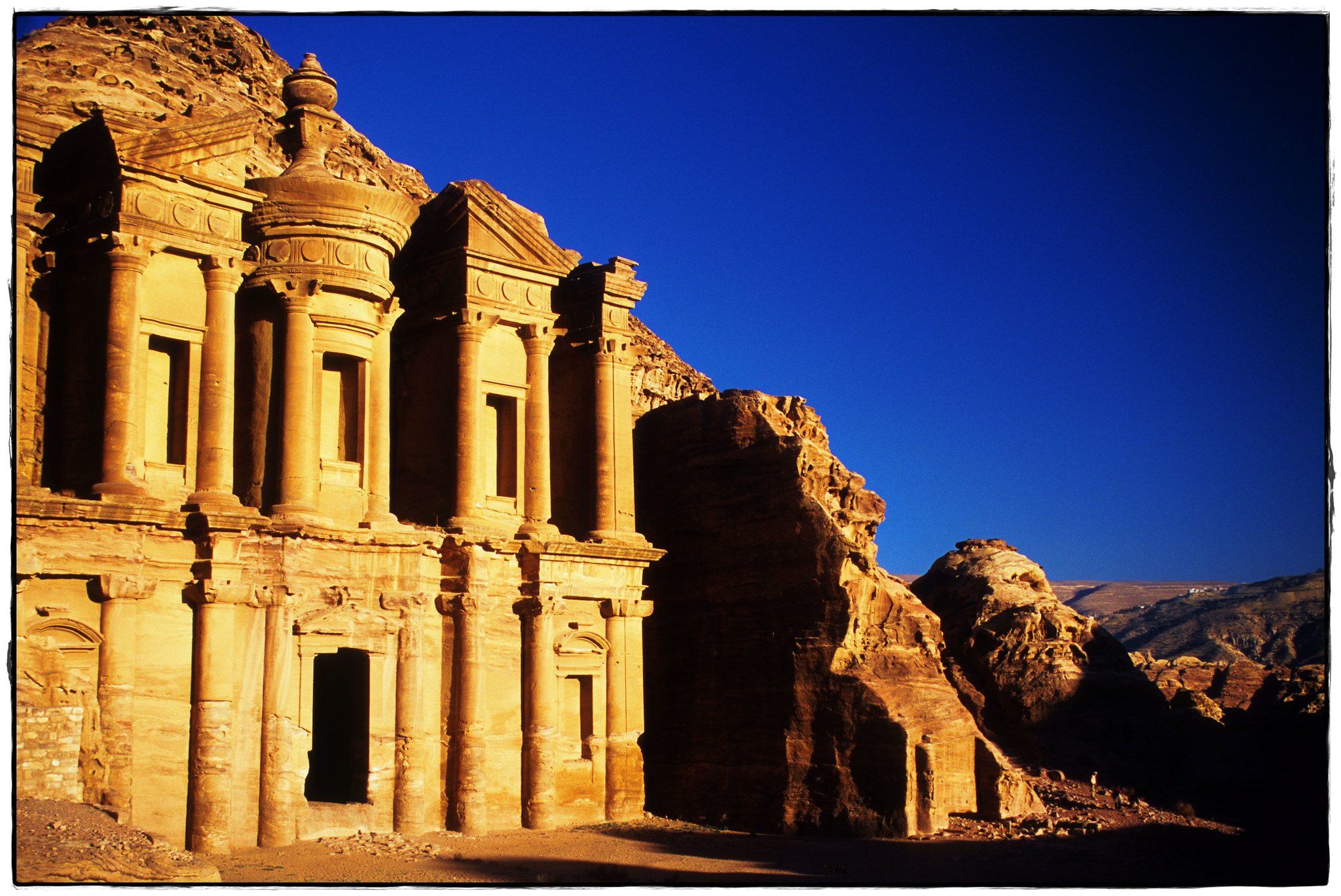 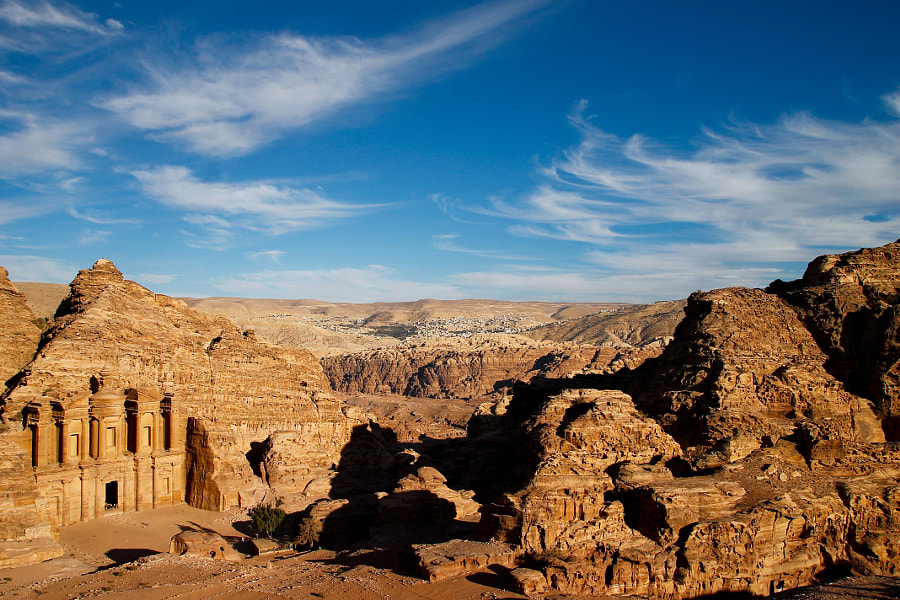