Skip to the content
United Arab Emirates
TAGS:landmark skyline
Dubai Creek (Arabic: خور دبي, romanized: Khūr Dubay) has been described as a natural saltwater creek, tidal inlet, and watercourse or waterway in Dubai, United Arab Emirates (UAE). It extends about 9 miles (14 km) inwards and forms a natural port that has traditionally been used for trade and transport. The creek ranges from 200 to 1,200 metres (660 to 3,940 ft) in width while the average depth is about 6.5 to 7 metres (21 to 23 ft). Previously, it extended to Ras Al Khor Wildlife Sanctuary but as part of the new Business Bay Canal and Dubai Canal, it extends a further 13 km (8.1 mi) to the Persian Gulf. Some sources say that the creek historically extended as far inland as Al Ain, and that the Ancient Greeks called it River Zara.In the 1950s, extensive development of the creek began, including dredging and construction of breakwaters. A number of bridges allow movement of vehicles across the creek while abras are used as taxis. The banks and route alongside the creek houses notable government, business and residential areas. A number of tourist locations and hotels are situated along the creek. [Wikipedia] 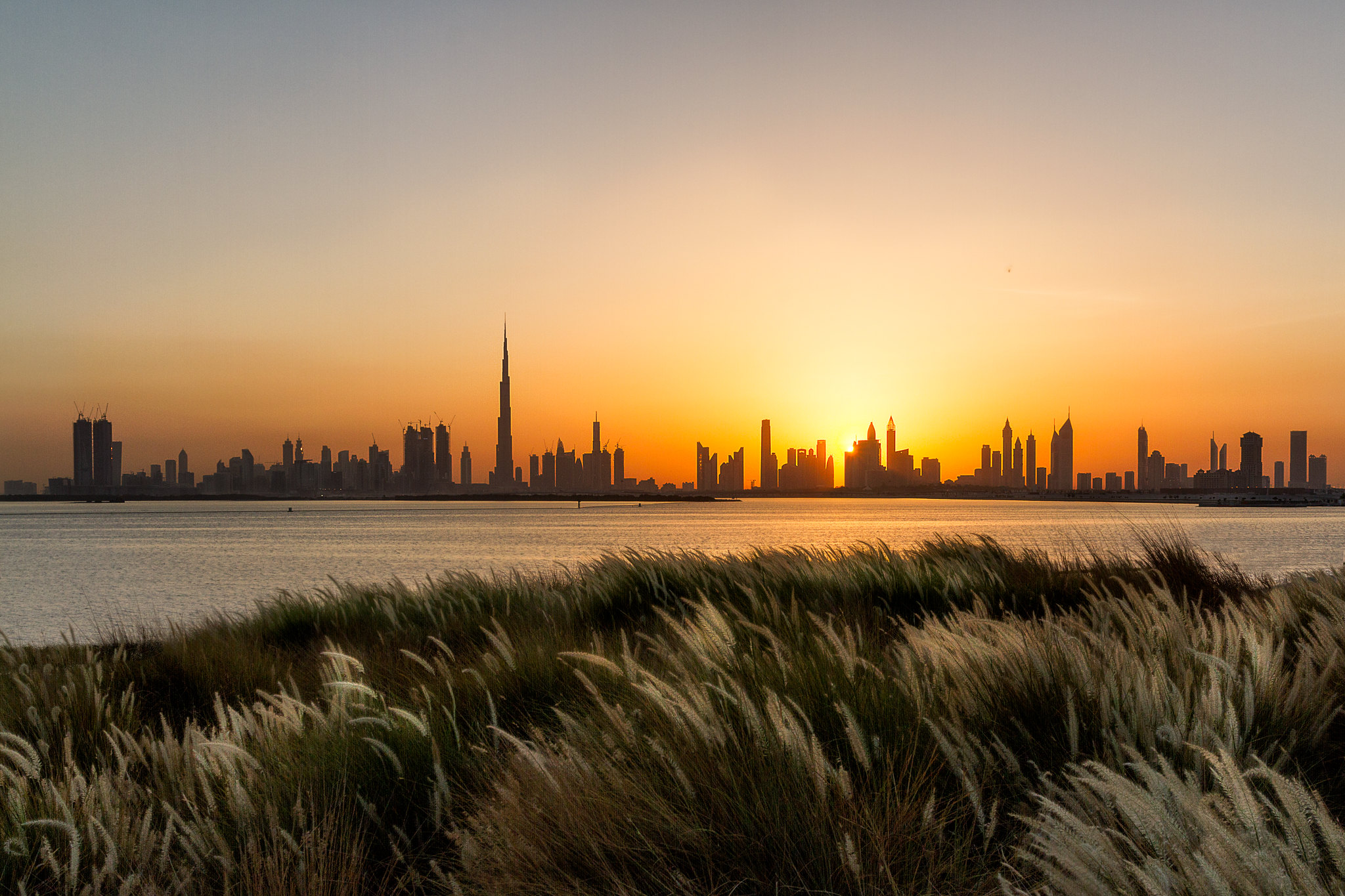 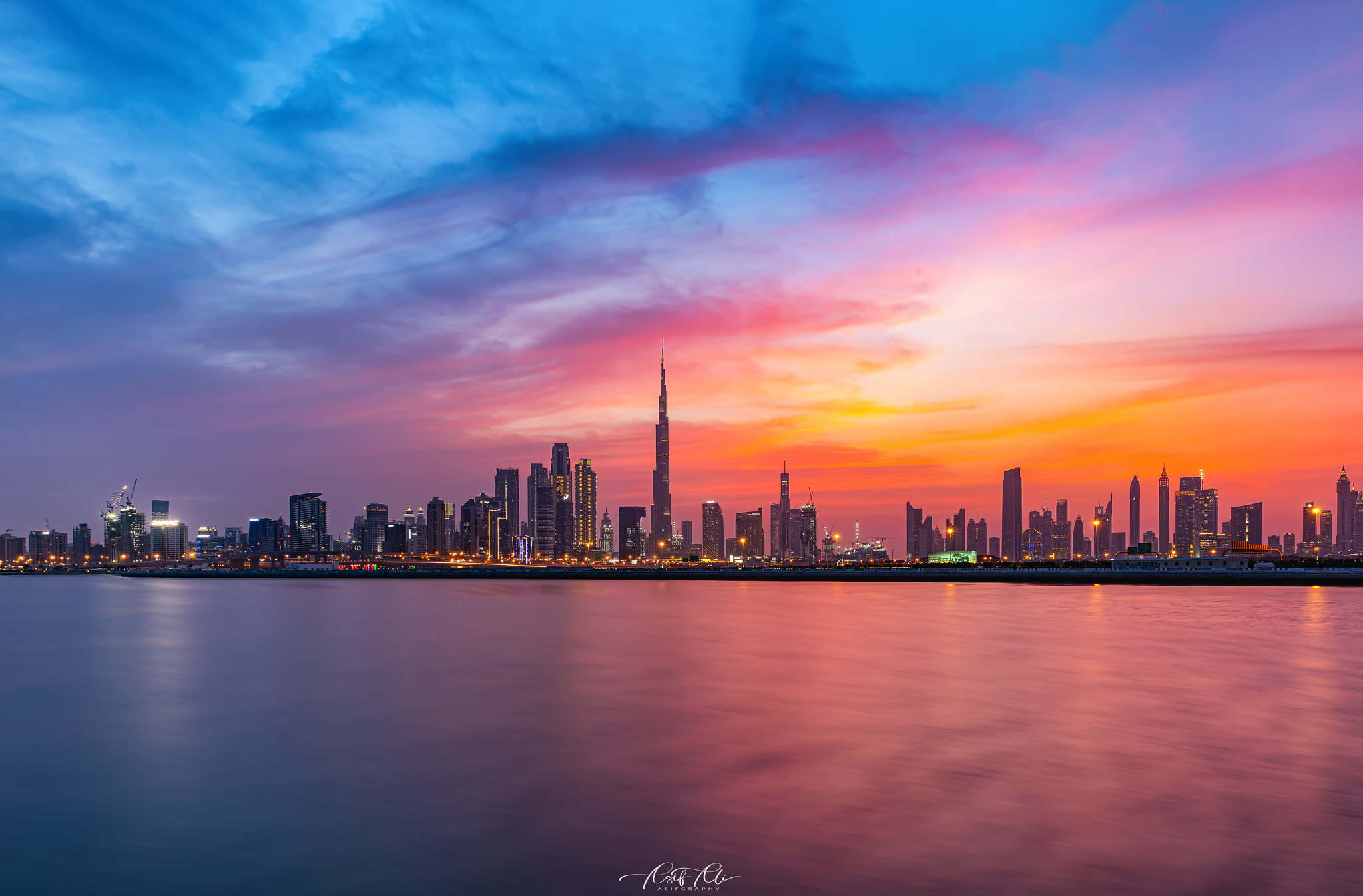 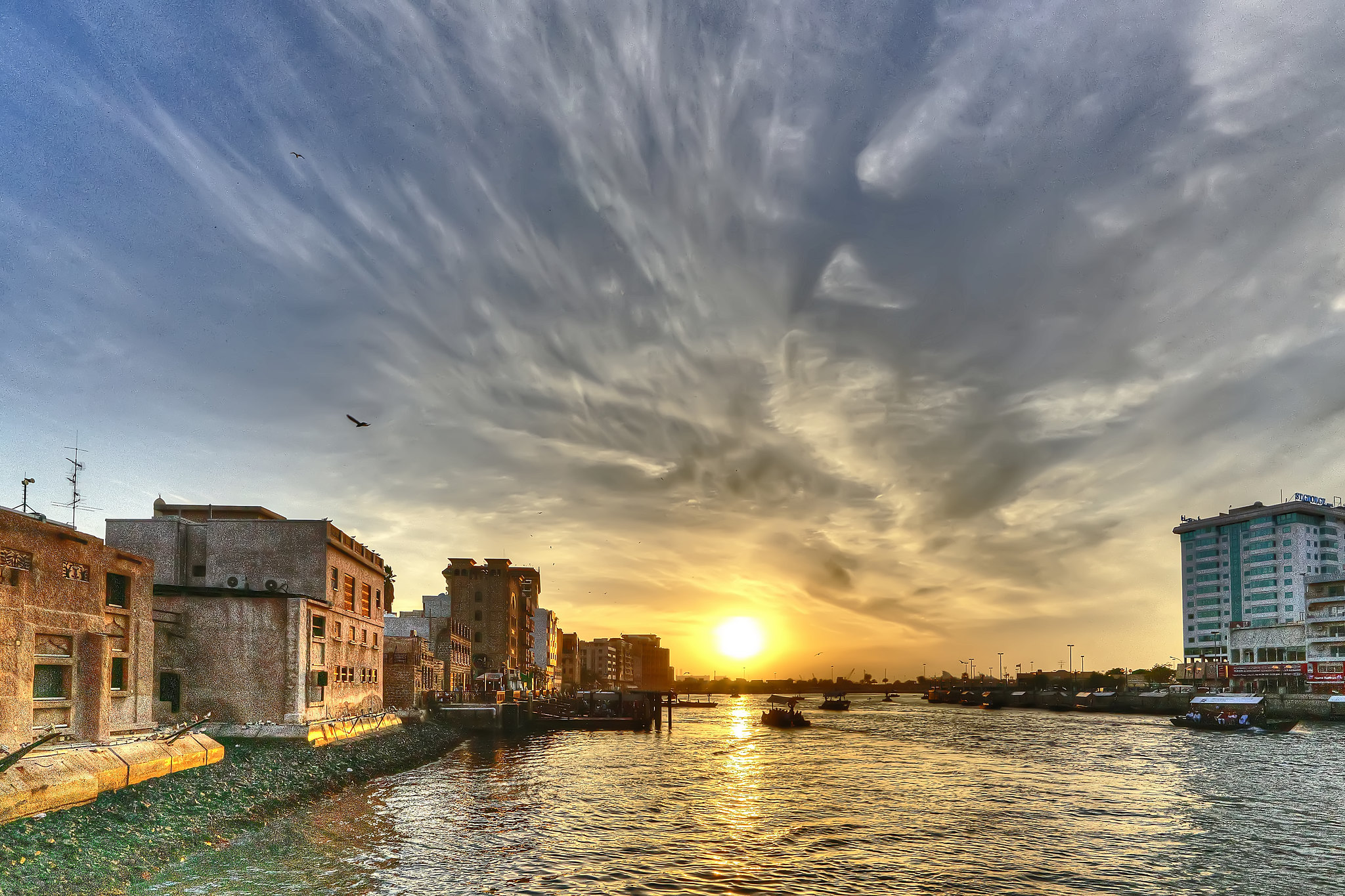 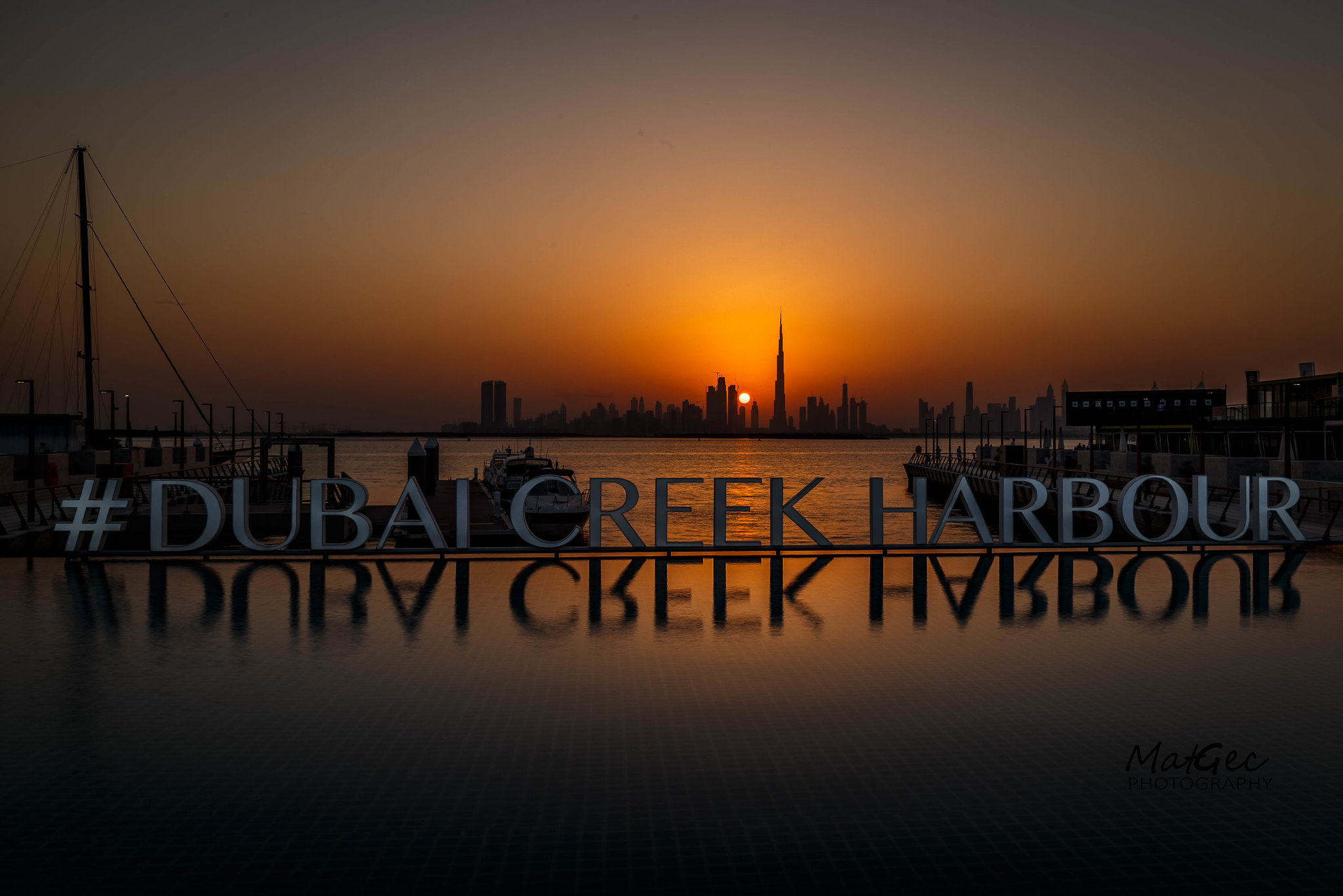