Skip to the content
Italy
TAGS:architecture heritage landmark tower
The Leaning Tower of Pisa (Italian: torre pendente di Pisa), or simply, the Tower of Pisa (torre di Pisa [ˈtorre di ˈpiːza; ˈpiːsa]), is the campanile, or freestanding bell tower, of Pisa Cathedral. It is known for its nearly four-degree lean, the result of an unstable foundation. The tower is one of three structures in the Pisa's Cathedral Square (Piazza del Duomo), which includes the cathedral and Pisa Baptistry. The height of the tower is 55.86 metres (183 feet 3 inches) from the ground on the low side and 56.67 m (185 ft 11 in) on the high side. The width of the walls at the base is 2.44 m (8 ft 0 in). Its weight is estimated at 14,500 tonnes (16,000 short tons). The tower has 296 or 294 steps; the seventh floor has two fewer steps on the north-facing staircase. The tower began to lean during construction in the 12th century, due to soft ground which could not properly support the structure's weight. It worsened through the completion of construction in the 14th century. By 1990, the tilt had reached 5.5 degrees. The structure was stabilized by remedial work between 1993 and 2001, which reduced the tilt to 3.97 degrees. [Wikipedia] 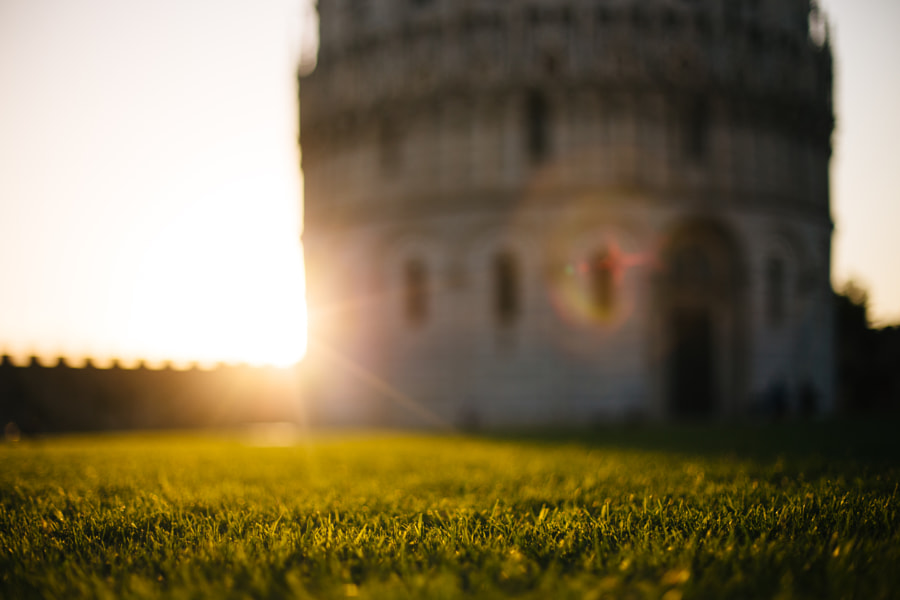 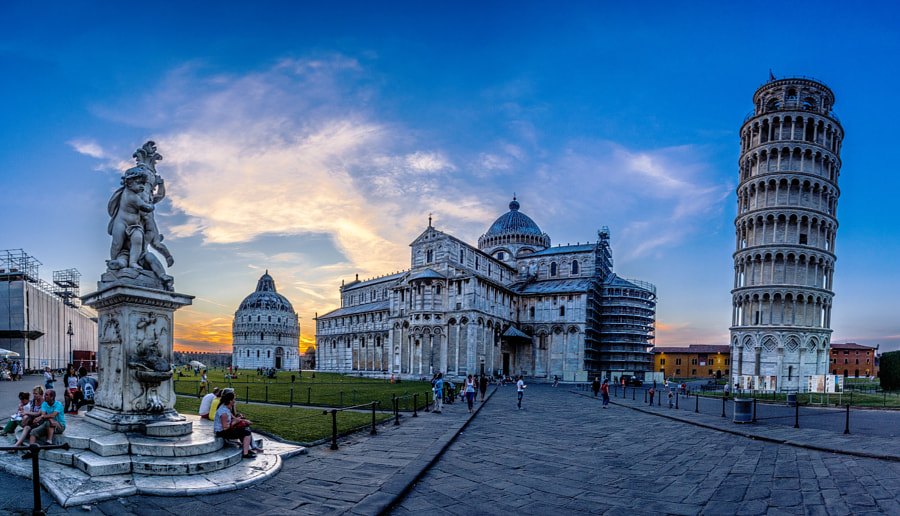