Skip to the content
Italy
TAGS:architecture landmark village
Riomaggiore (Ligurian: Rimazzô, locally Rimazùu) is a village and commune in the province of La Spezia, situated in a small valley in the Liguria region of Italy. It is the first of the Cinque Terre one meets when travelling north from La Spezia. The village, dating from the early thirteenth century, is known for its historic character and its wine, produced by the town's vineyards. Riomaggiore is in the Riviera di Levante region and has a shoreline on the Mediterranean's Gulf of Genoa, with a small beach and a wharf framed by tower houses. Riomaggiore's main street is Via Colombo, where numerous restaurants, bars, and shops can be found. The Via dell'Amore is a path connecting Riomaggiore to its frazione Manarola, also part of the Cinque Terre. Riomaggiore is the most southern village of the five Cinque Terre, all connected by trail. The water and mountainside have been declared national parks. Riomaggiore inspired paintings by Telemaco Signorini (1835–1901), one of the artists of the Macchiaioli group. [Wikipedia] 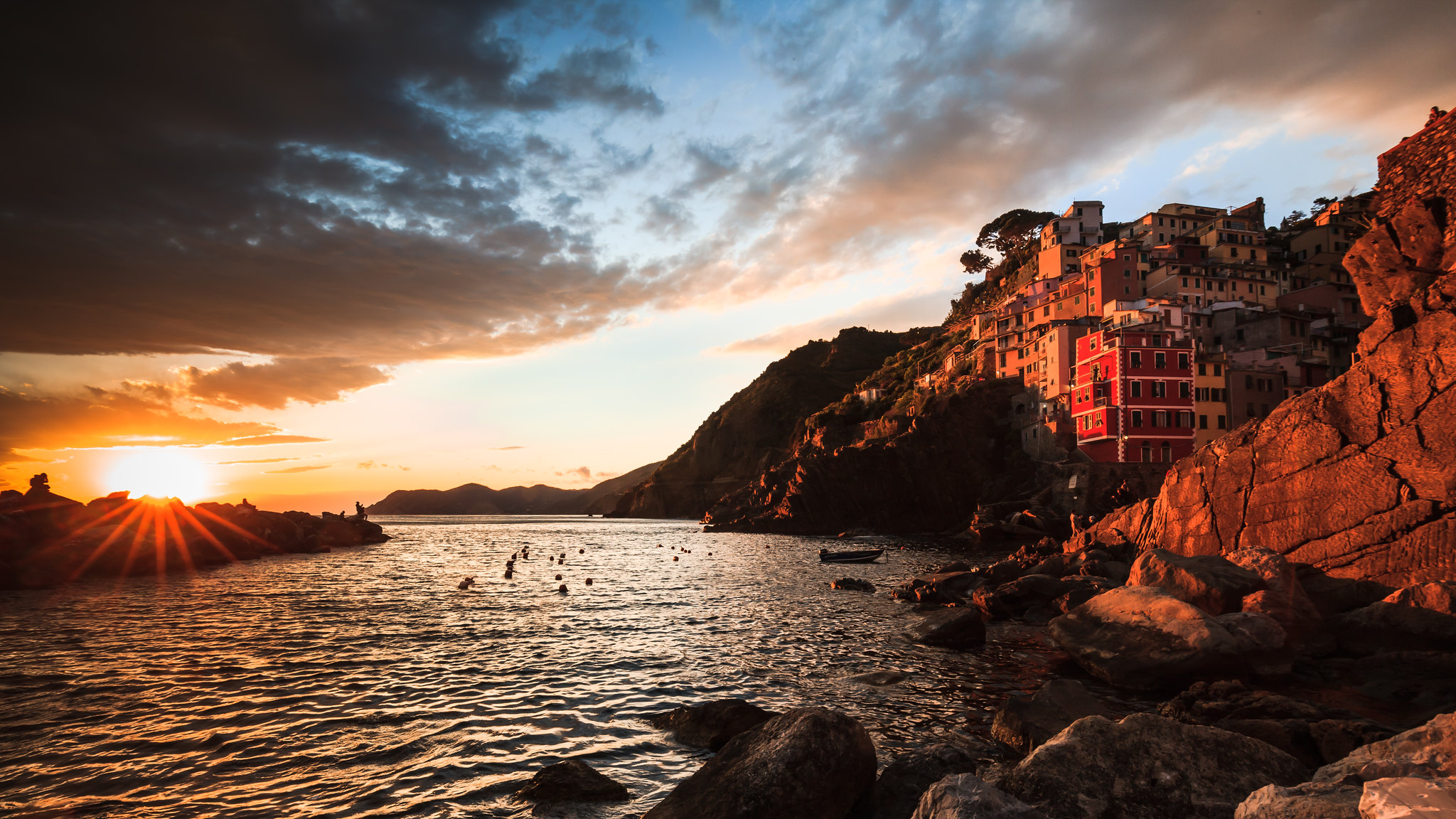 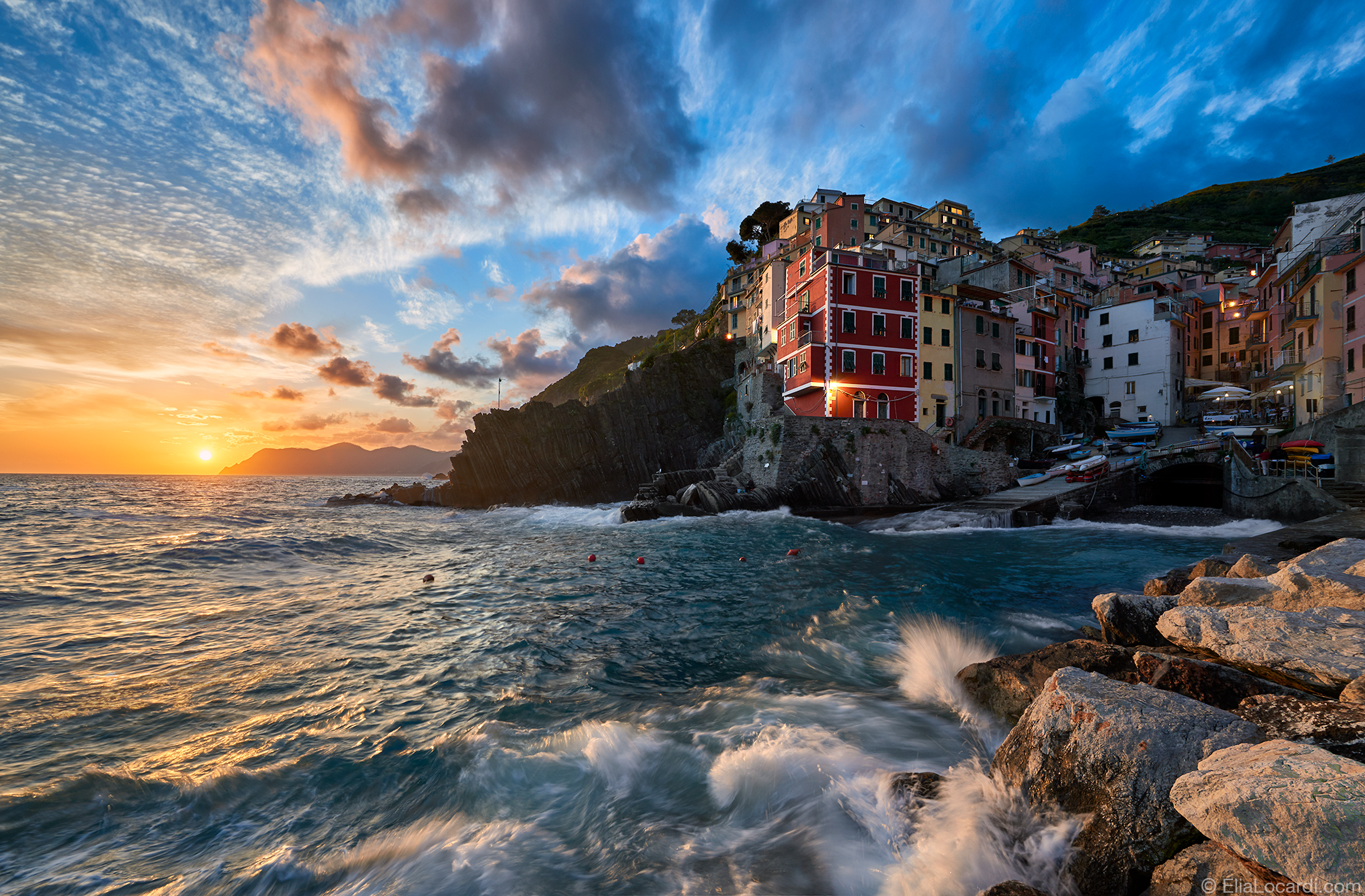