Skip to the content
Netherlands
TAGS:architecture landmark river windmill
Zaanse Schans (Dutch pronunciation: [ˈzaːnsə ˈsxɑns]) is a neighbourhood of Zaandam, near Zaandijk, Netherlands. It is best known for its collection of windmills and wooden houses that were relocated here from the wider region north of Amsterdam for preservation. From 1961 to 1974 old buildings from all over the region known as the Zaanstreek were relocated using lowboy trailers to the Zaanse Schans. Two of the windmills in the Zaanse Schans are preserved in their original site where they were first constructed, and therefore don't make up part of the relocated structures. The Zaans Museum, established in 1994 near the first Zaanse Schans windmill, is located south of the neighbourhood. [Wikipedia] 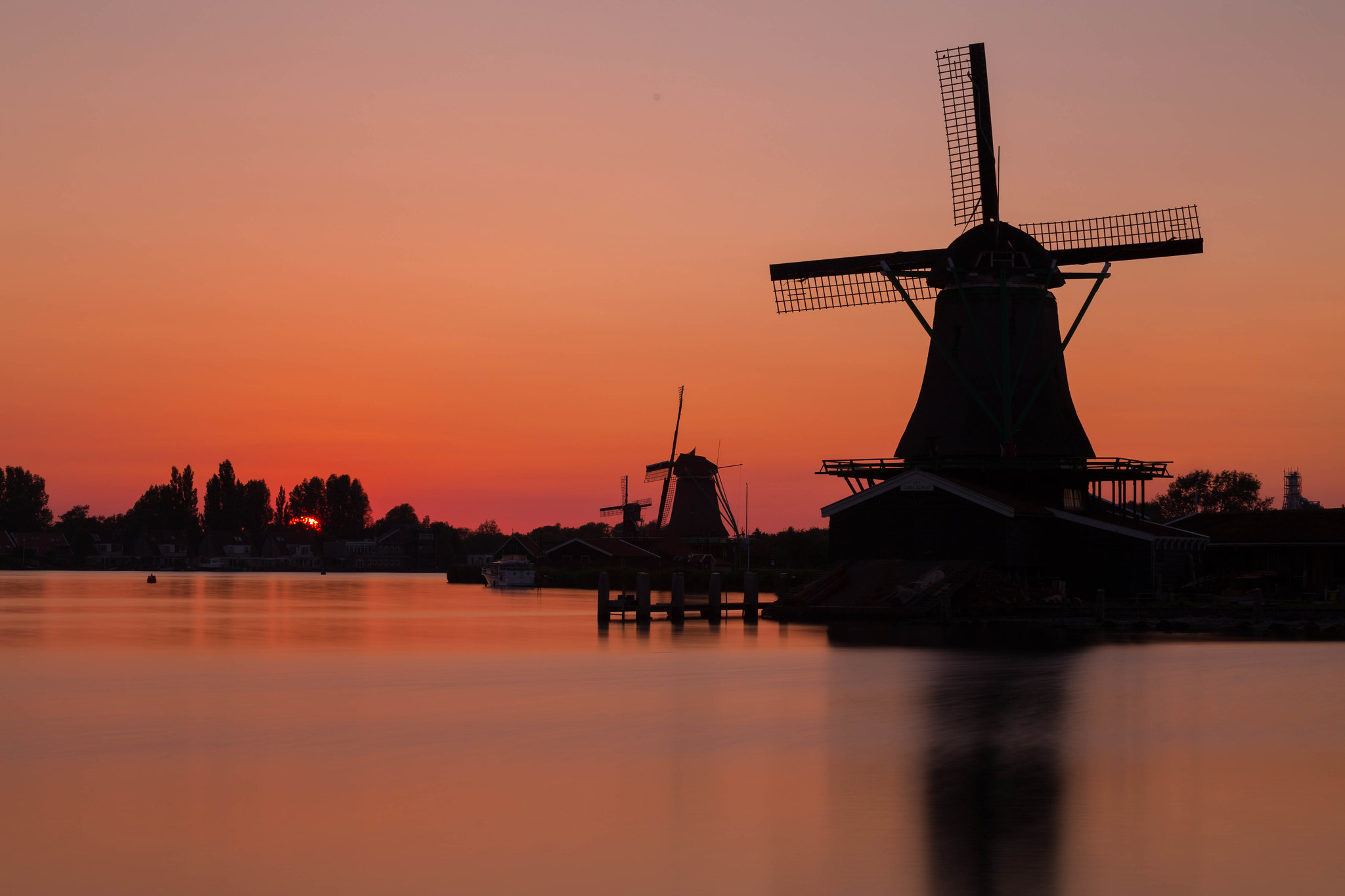 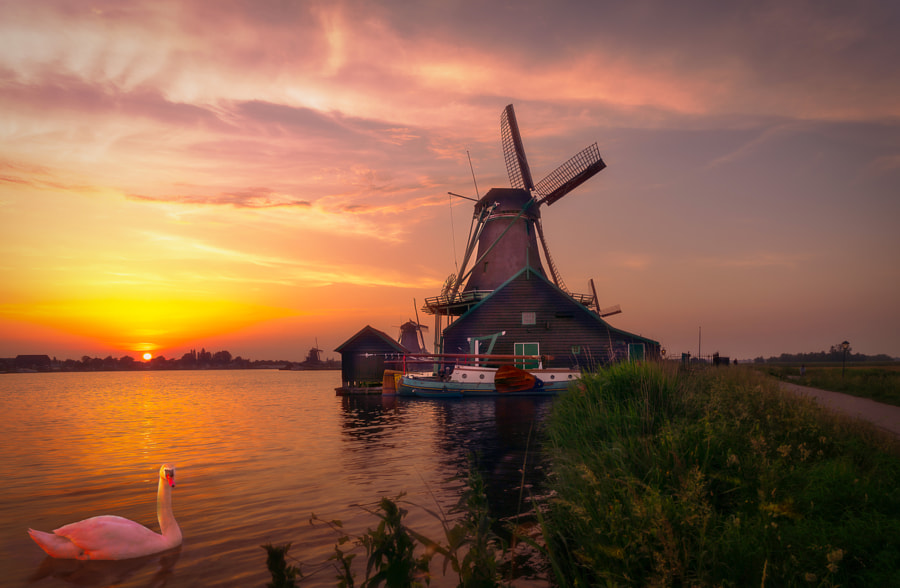 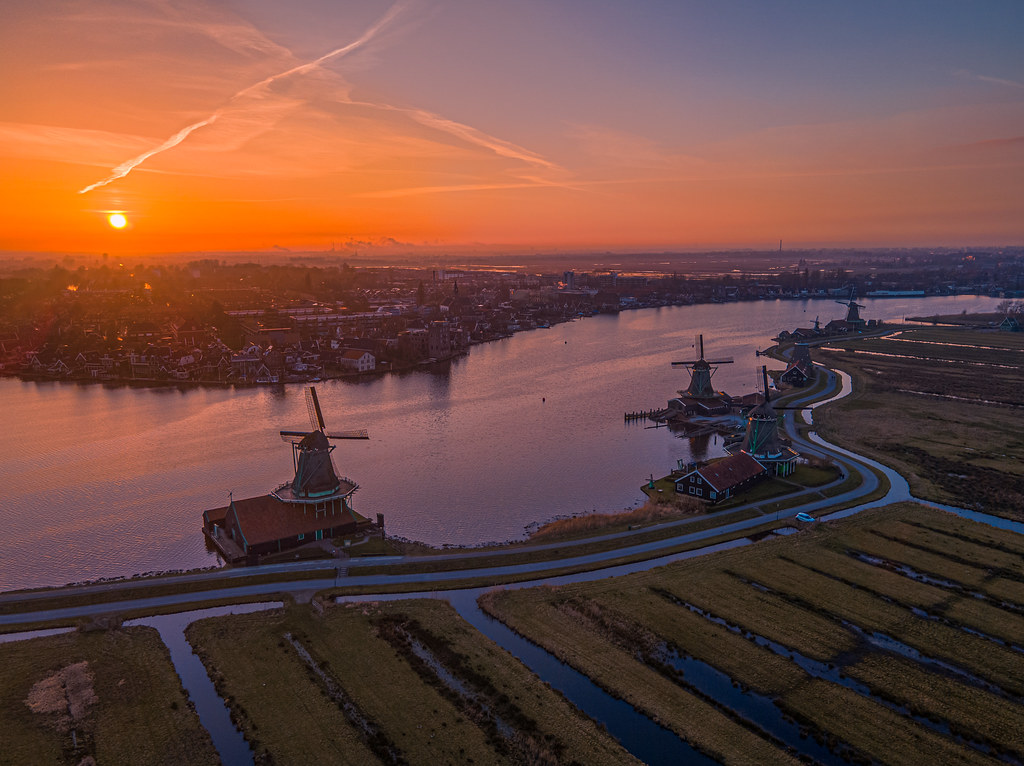