Skip to the content
United Kingdom
TAGS:cityscape landmark skyline
Arthur's Seat (Scottish Gaelic: Suidhe Artair, pronounced [ˈs̪ɯi.əˈaɾt̪ʰəɾʲ]) is an ancient volcano which is the main peak of the group of hills in Edinburgh, Scotland, which form most of Holyrood Park, described by Robert Louis Stevenson as "a hill for magnitude, a mountain in virtue of its bold design". It is situated just to the east of the city centre, about 1 mile (1.6 km) to the east of Edinburgh Castle. The hill rises above the city to a height of 250.5 m (822 ft), provides excellent panoramic views of the city and beyond, is relatively easy to climb, and is popular for hillwalking. Though it can be climbed from almost any direction, the easiest and simplest ascent is from the east, where a grassy slope rises above Dunsapie Loch. At a spur of the hill, Salisbury Crags has historically been a rock climbing venue with routes of various degrees of difficulty. Until recently rock climbing was restricted to the South Quarry, however access is currently banned altogether by Historic Environment Scotland. [Wikipedia] 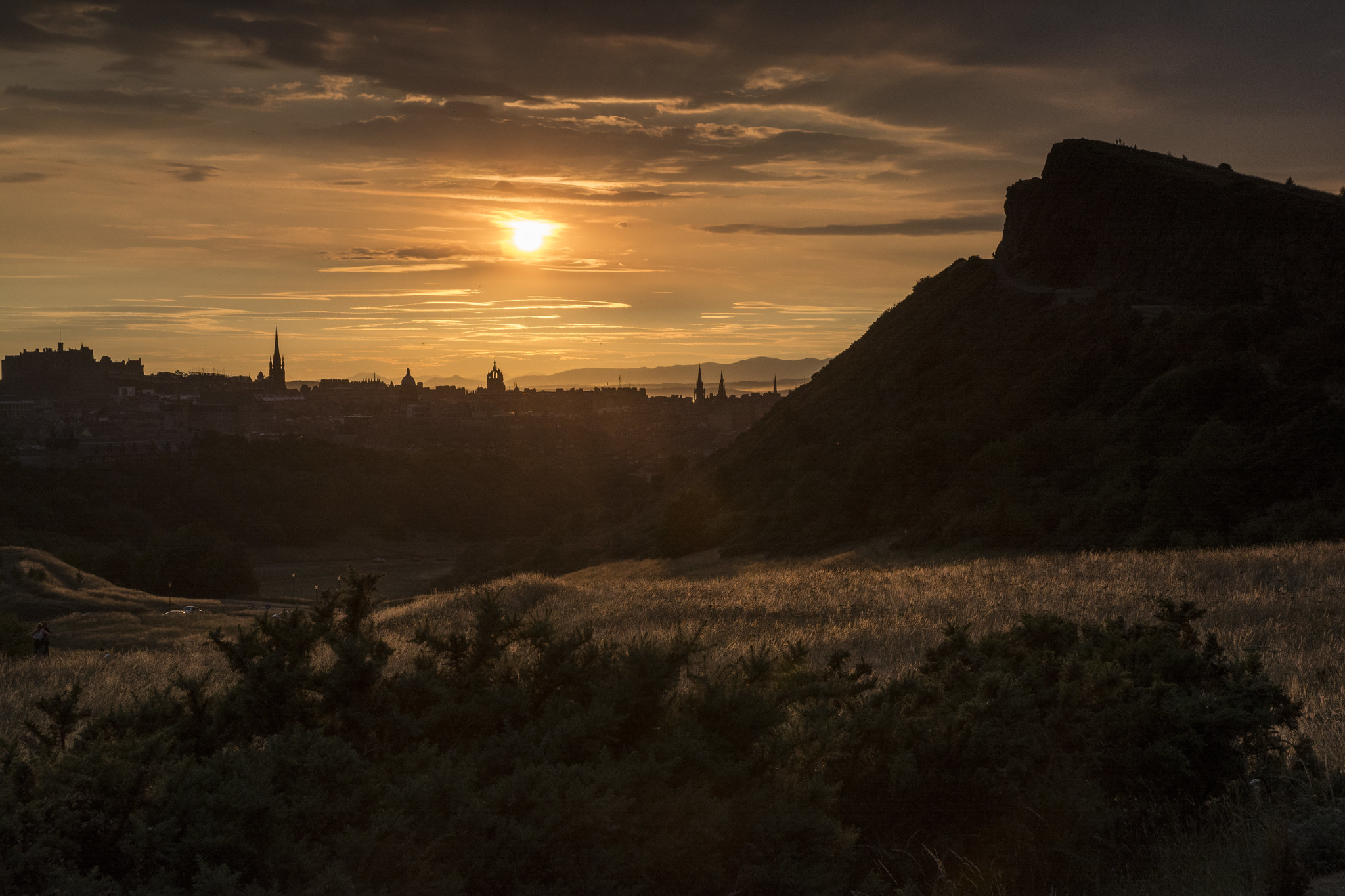 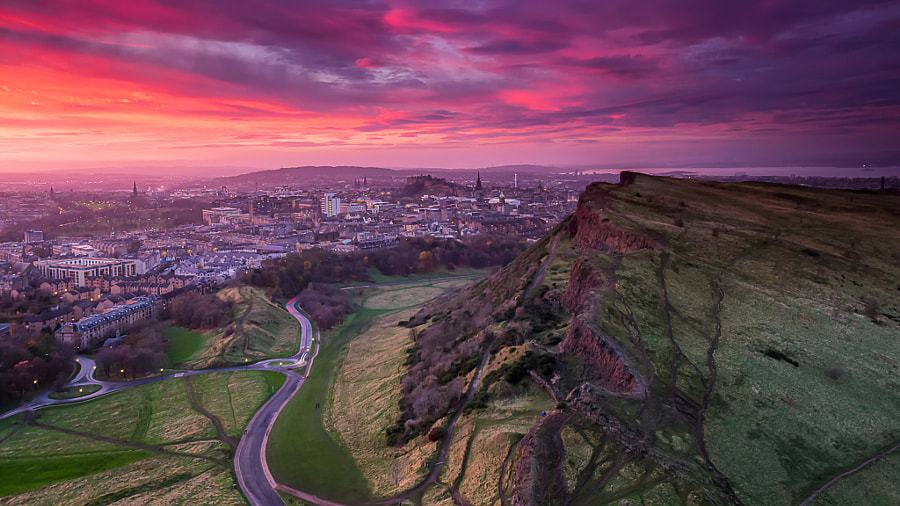 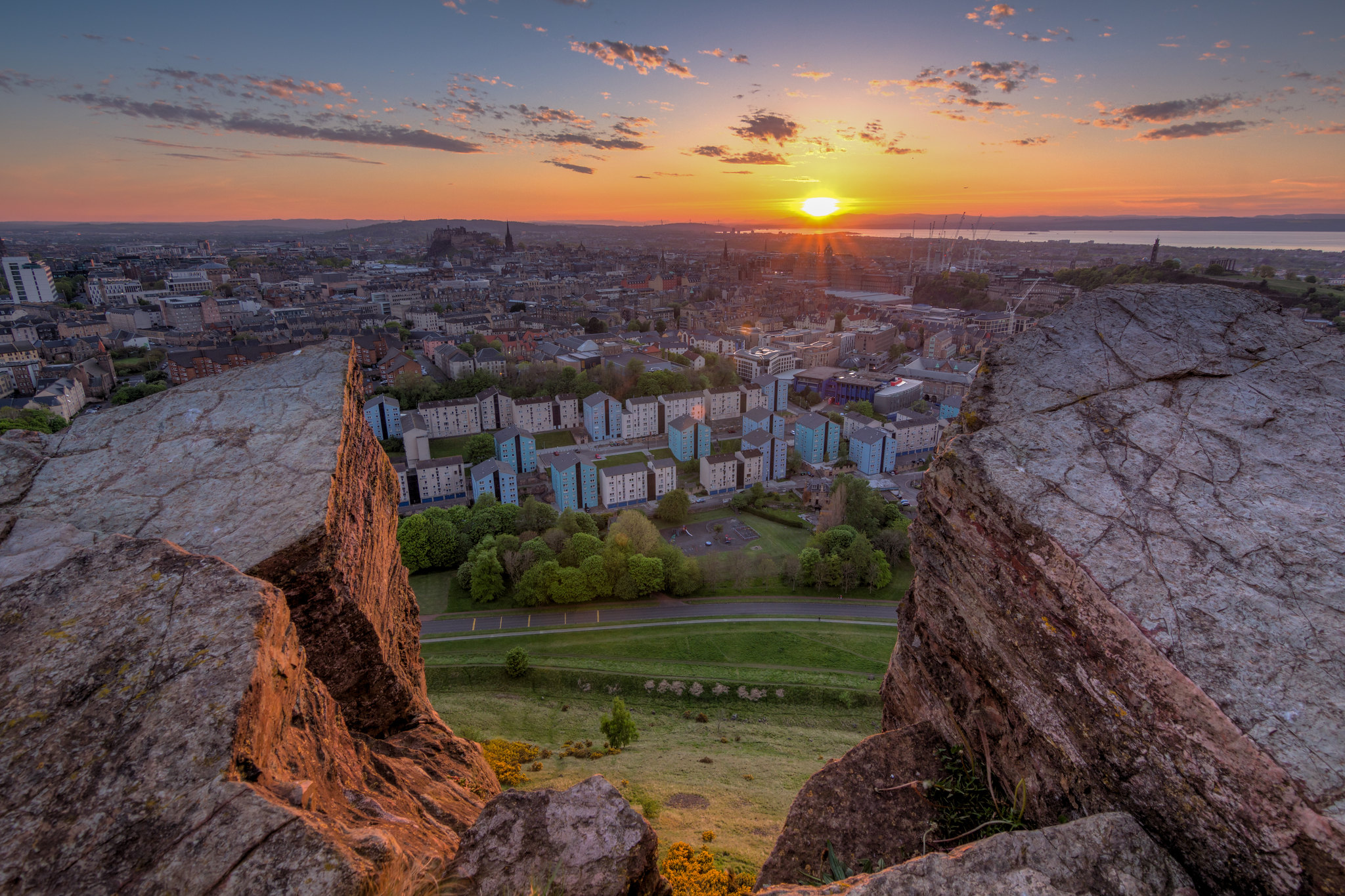