Skip to the content
United Kingdom
TAGS:heritage landmark wonder
The Giant's Causeway is an area of about 40,000 interlocking basalt columns, the result of an ancient volcanic fissure eruption. It is located in County Antrim on the north coast of Northern Ireland, about three miles (5 km) northeast of the town of Bushmills. It was declared a World Heritage Site by UNESCO in 1986 and a national nature reserve in 1987 by the Department of the Environment for Northern Ireland. In a 2005 poll of Radio Times readers, the Giant's Causeway was named the fourth greatest natural wonder in the United Kingdom. The tops of the columns form stepping stones that lead from the cliff foot and disappear under the sea. Most of the columns are hexagonal, although there are also some with four, five, seven or eight sides. The tallest are about 12 metres (39 ft) high, and the solidified lava in the cliffs is 28 metres (92 ft) thick in places. Much of the Giant's Causeway and Causeway Coast World Heritage Site is owned and managed by the National Trust. It is one of the most popular tourist attractions in Northern Ireland, receiving over 998,000 visitors in 2019. Access to the Giant's Causeway is free of charge: it is not necessary to go via the visitor centre, which charges a fee. The remainder of the site is owned by the Crown Estate and several private landowners. [Wikipedia] 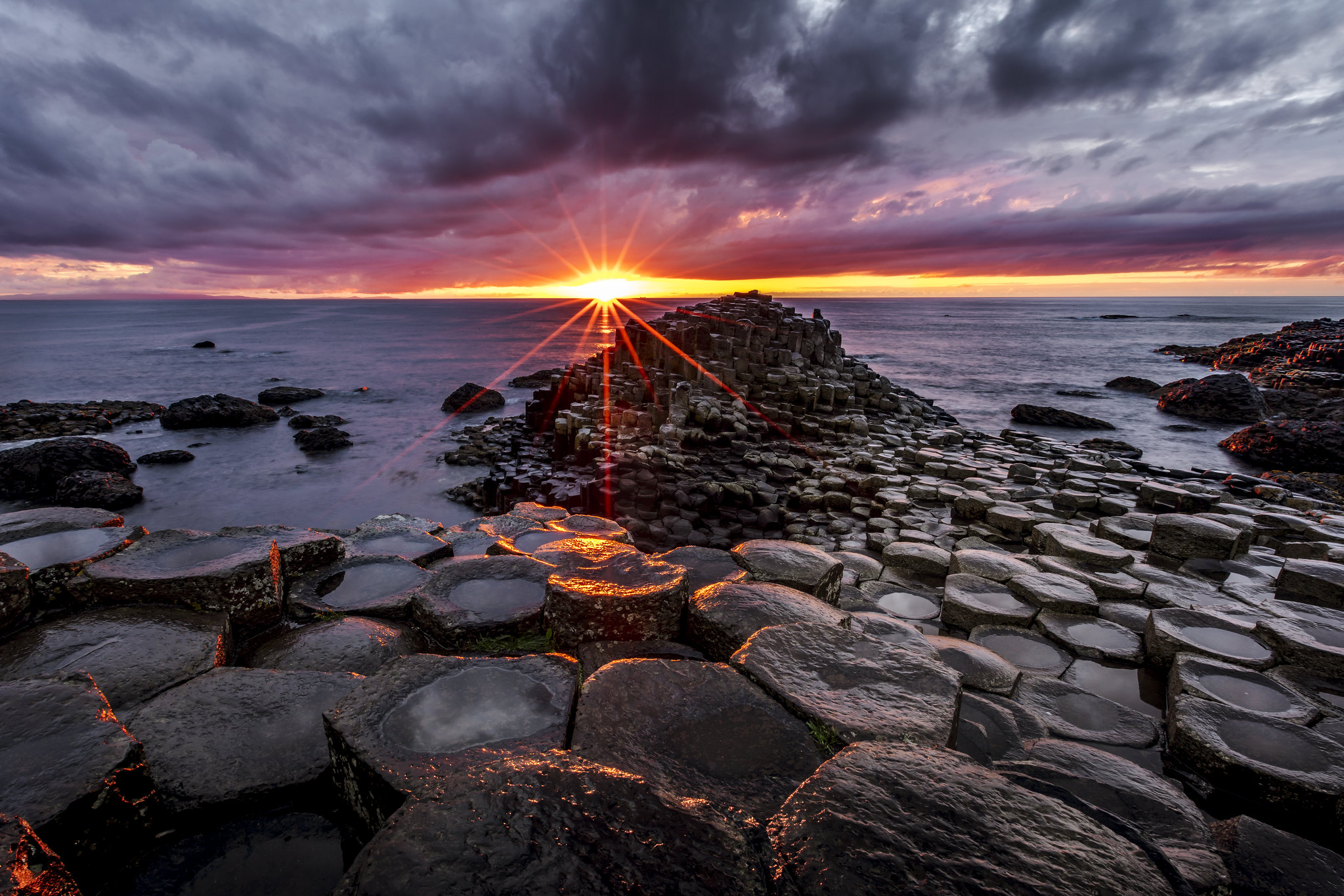 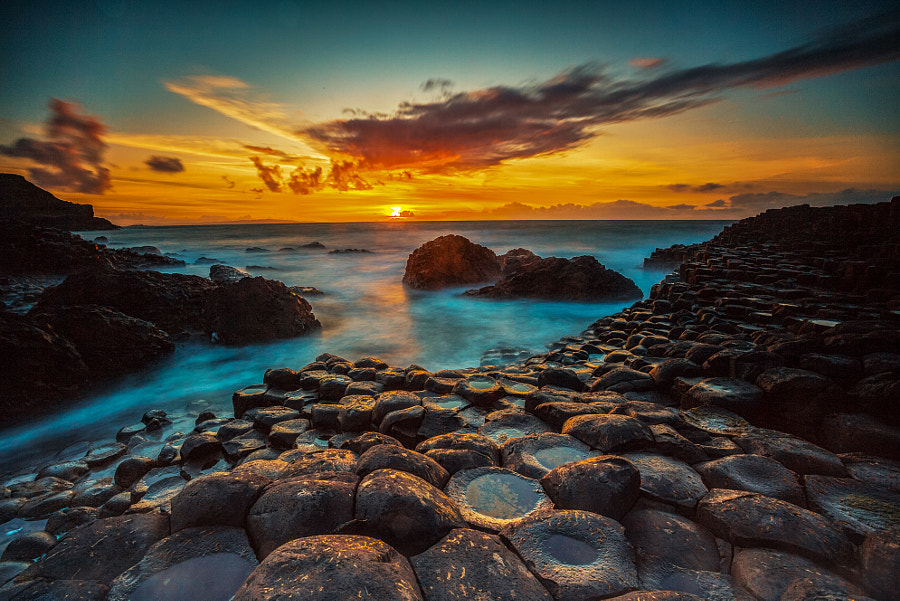 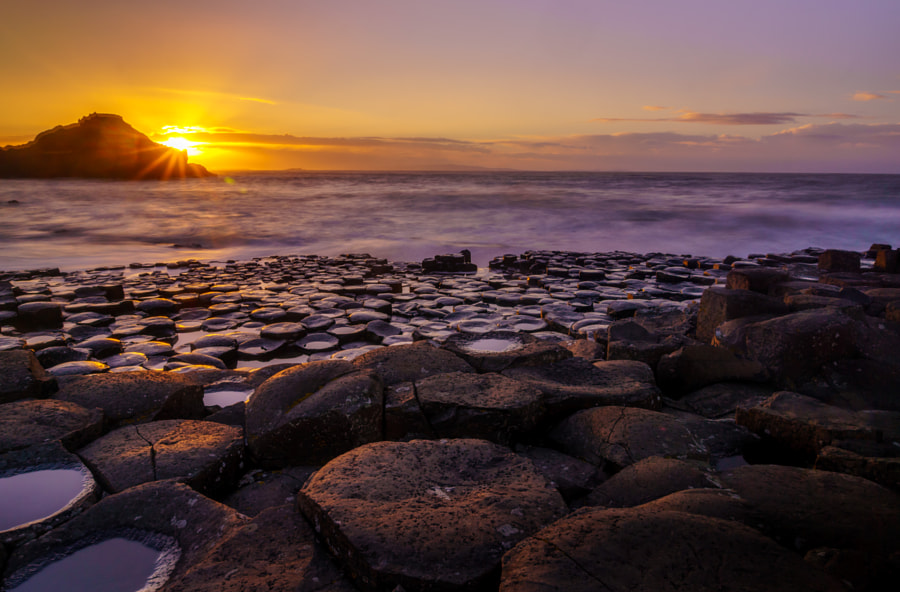 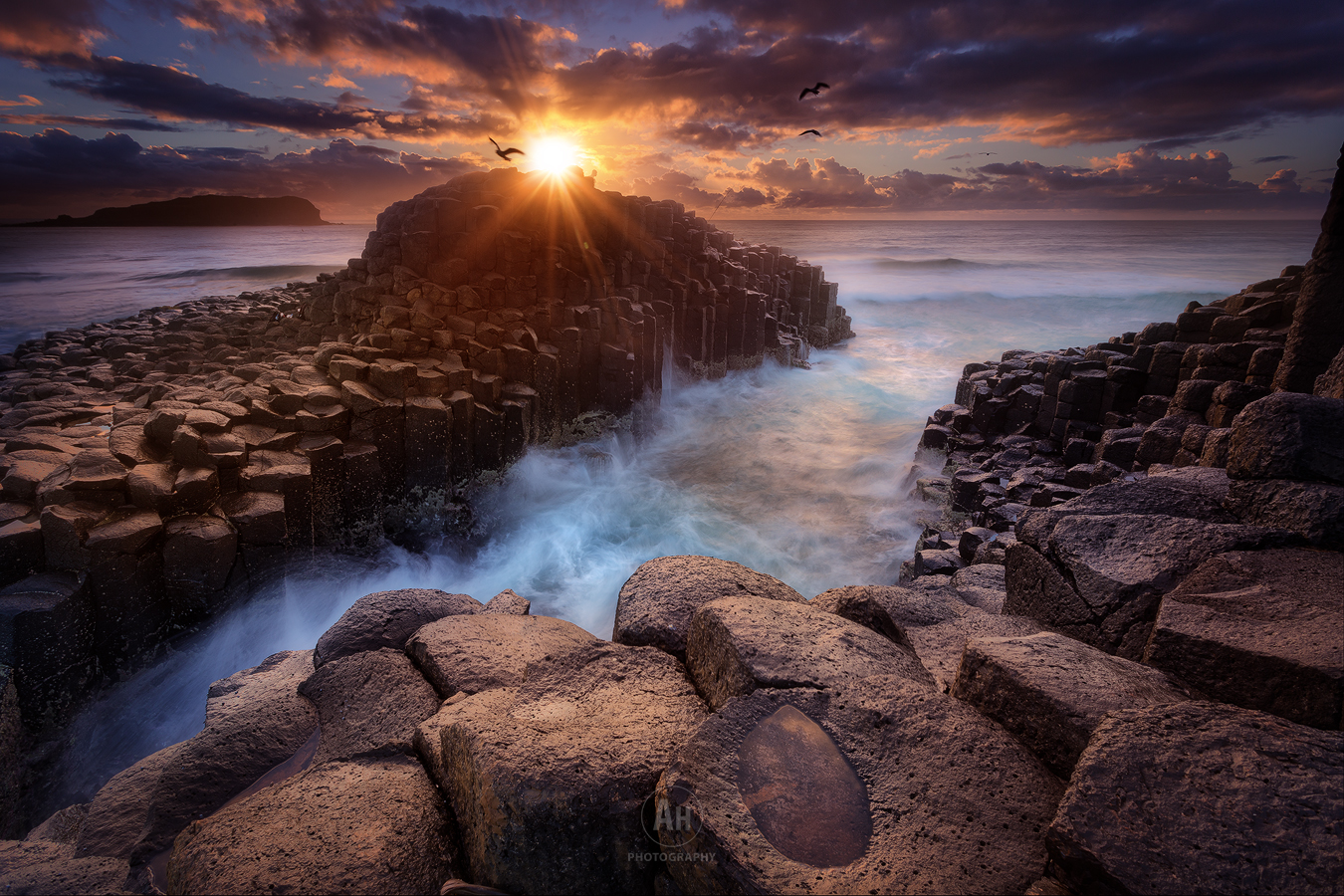