Skip to the content
United Kingdom
TAGS:extreme points westernmost
Slea Head (Irish: Ceann Sléibhe) is a promontory in the westernmost part of the Dingle Peninsula, located in the barony of Corca Dhuibhne in southwest County Kerry, Ireland. It belongs to the province of Munster and the county of Kerry and is served by the R559 road; the nearest villages are Ballyickeen and Coumeenoole. The headland itself, together with the larger part of Mount Eagle's southern slopes is formed from steeply dipping beds of the pebbly sandstones and conglomerates of the Slea Head Formation, dating from the Devonian period and traditionally referred to as the Old Red Sandstone.Just to the northwest of Slea Head is Dunmore Head, the westernmost point of Ireland. Slea Head is a well known and recognised landmark and also a very scenic viewpoint, with a dramatic view of the Blasket Islands. On 11 March 1982, the Spanish container ship, Ranga, was wrecked at Dunmore Head, close to Slea Head after losing power in a storm. [Wikipedia] 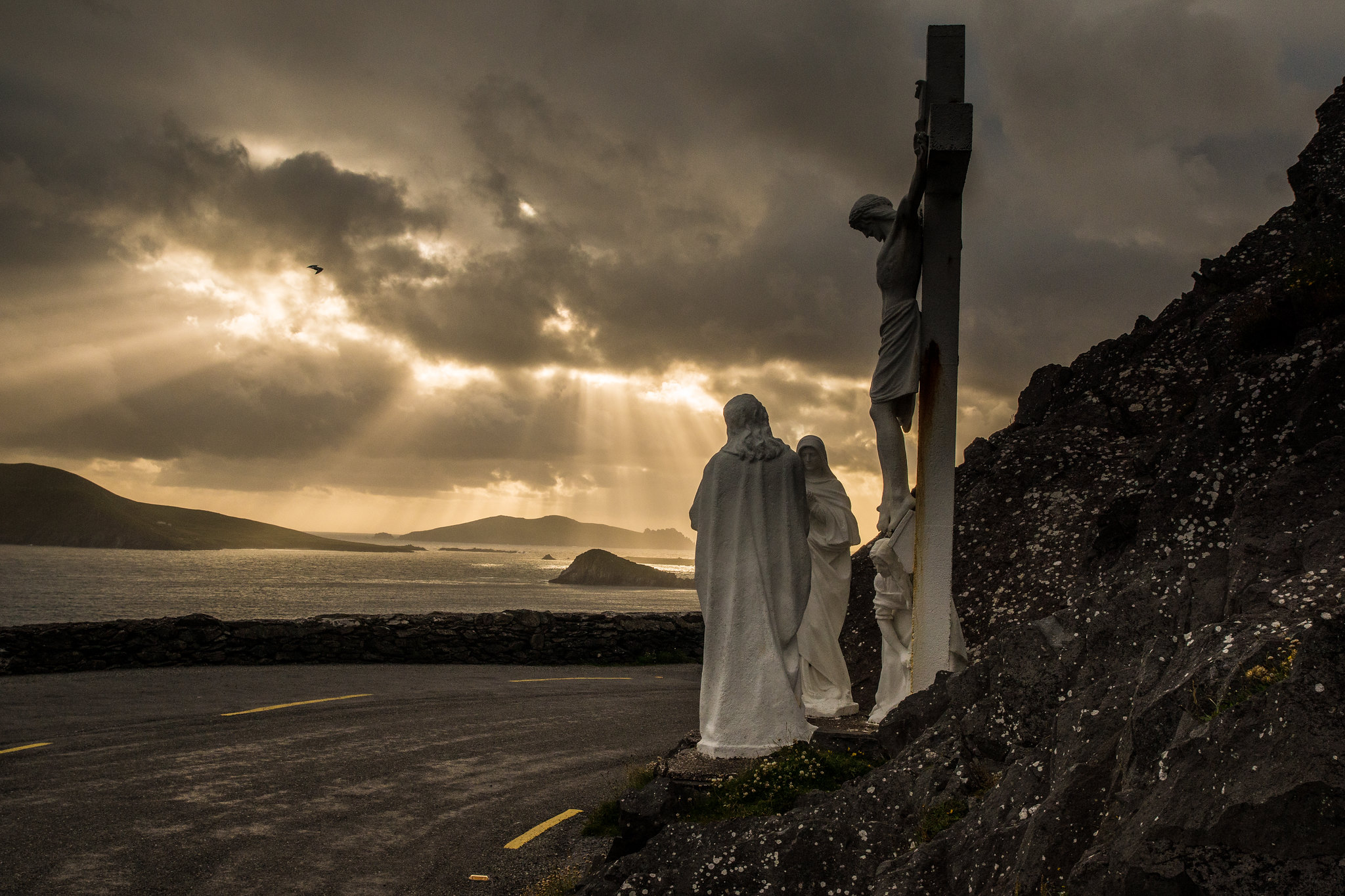 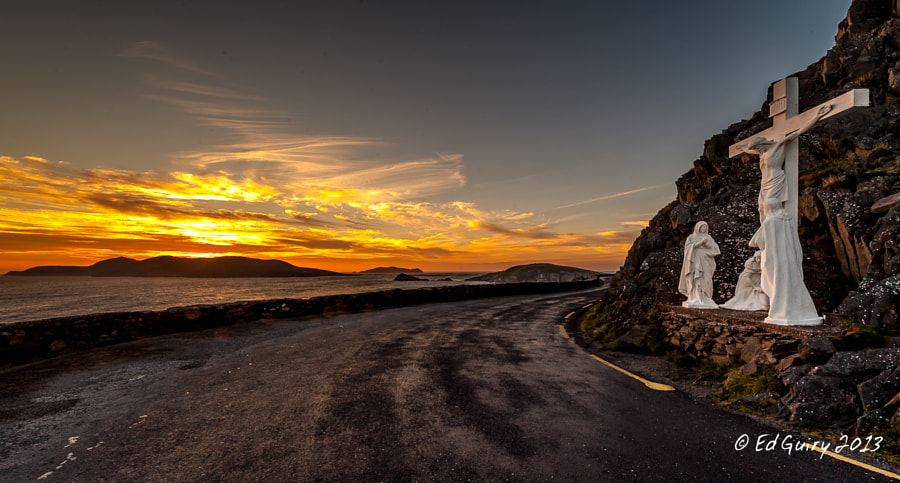 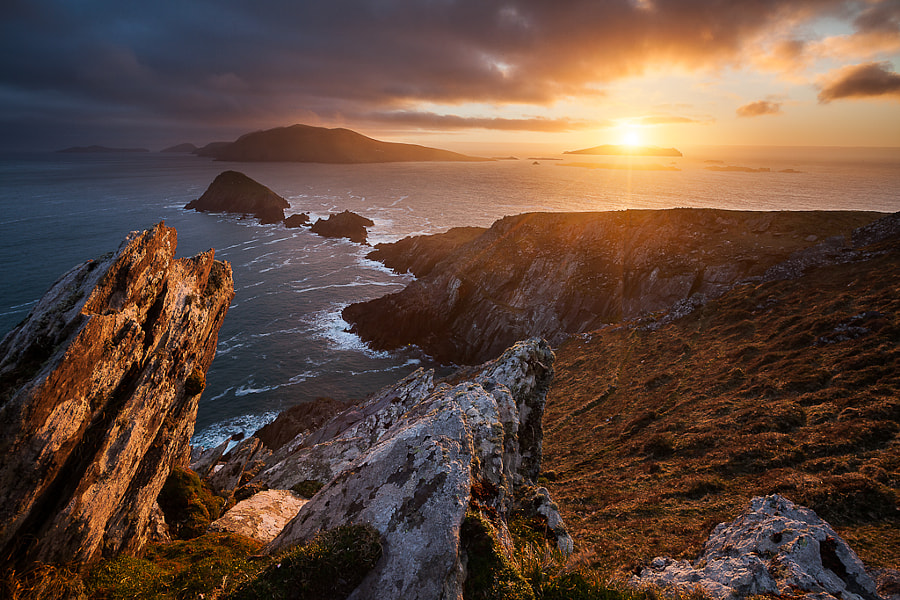