Skip to the content
United Kingdom
TAGS:architecture heritage landmark
Stonehenge is a prehistoric monument on Salisbury Plain in Wiltshire, England, two miles (3 km) west of Amesbury. It consists of an outer ring of vertical sarsen standing stones, each around 13 feet (4.0 m) high, seven feet (2.1 m) wide, and weighing around 25 tons, topped by connecting horizontal lintel stones. Inside is a ring of smaller bluestones. Inside these are free-standing trilithons, two bulkier vertical Sarsens joined by one lintel. The whole monument, now ruinous, is aligned towards the sunrise on the summer solstice. The stones are set within earthworks in the middle of the densest complex of Neolithic and Bronze Age monuments in England, including several hundred tumuli (burial mounds).Archaeologists believe that Stonehenge was constructed from 3000 BC to 2000 BC. The surrounding circular earth bank and ditch, which constitute the earliest phase of the monument, have been dated to about 3100 BC. Radiocarbon dating suggests that the first bluestones were raised between 2400 and 2200 BC, although they may have been at the site as early as 3000 BC.One of the most famous landmarks in the United Kingdom, Stonehenge is regarded as a British cultural icon. It has been a legally protected Scheduled Ancient Monument since 1882, when legislation to protect historic monuments was first successfully introduced in Britain. The site and its surroundings were added to UNESCO's list of World Heritage Sites in 1986. Stonehenge is owned by the Crown and managed by English Heritage; the surrounding land is owned by the National Trust.Stonehenge could have been a burial ground from its earliest beginnings. Deposits containing human bone date from as early as 3000 BC, when the ditch and bank were first dug, and continued for at least another 500 years. [Wikipedia] 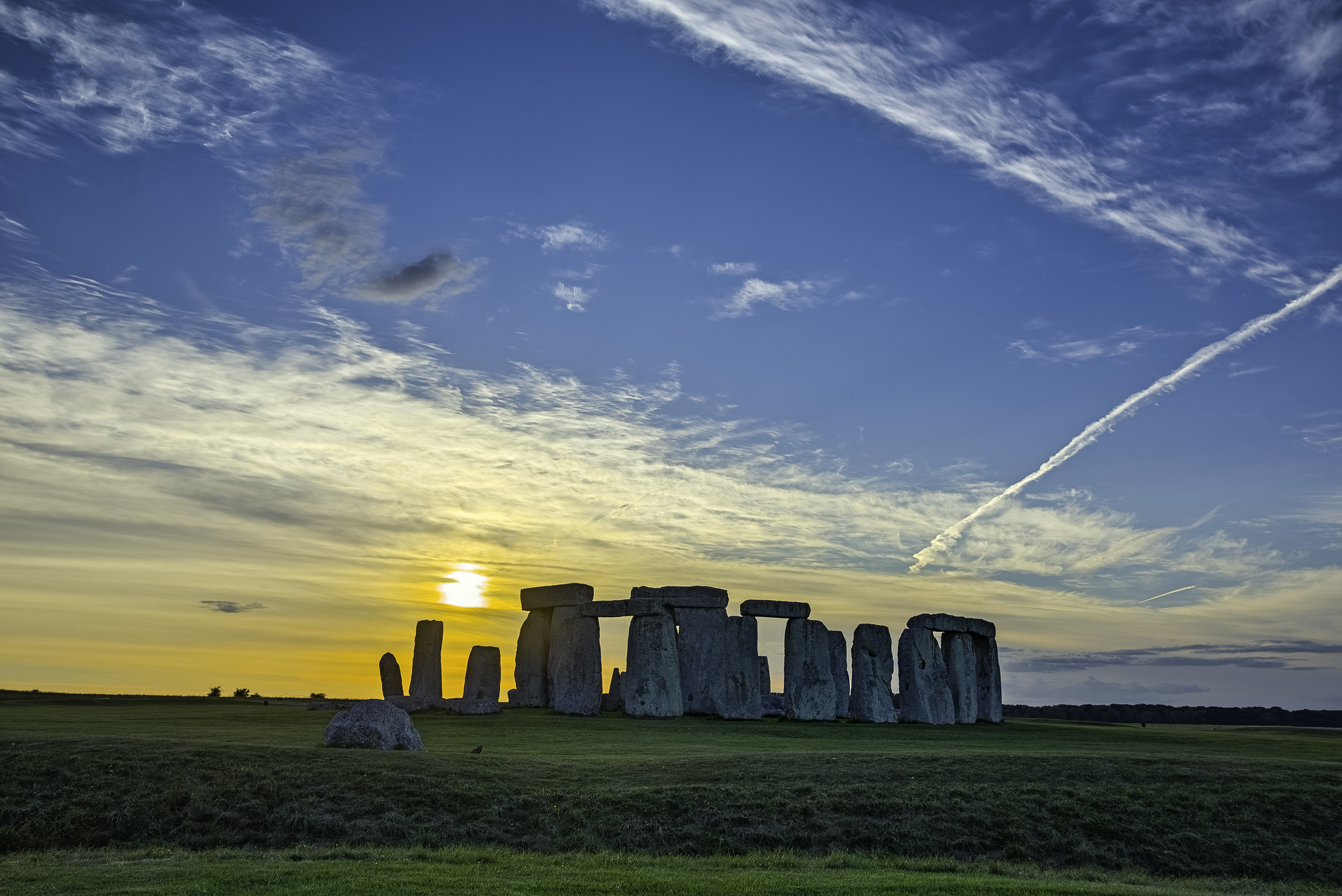 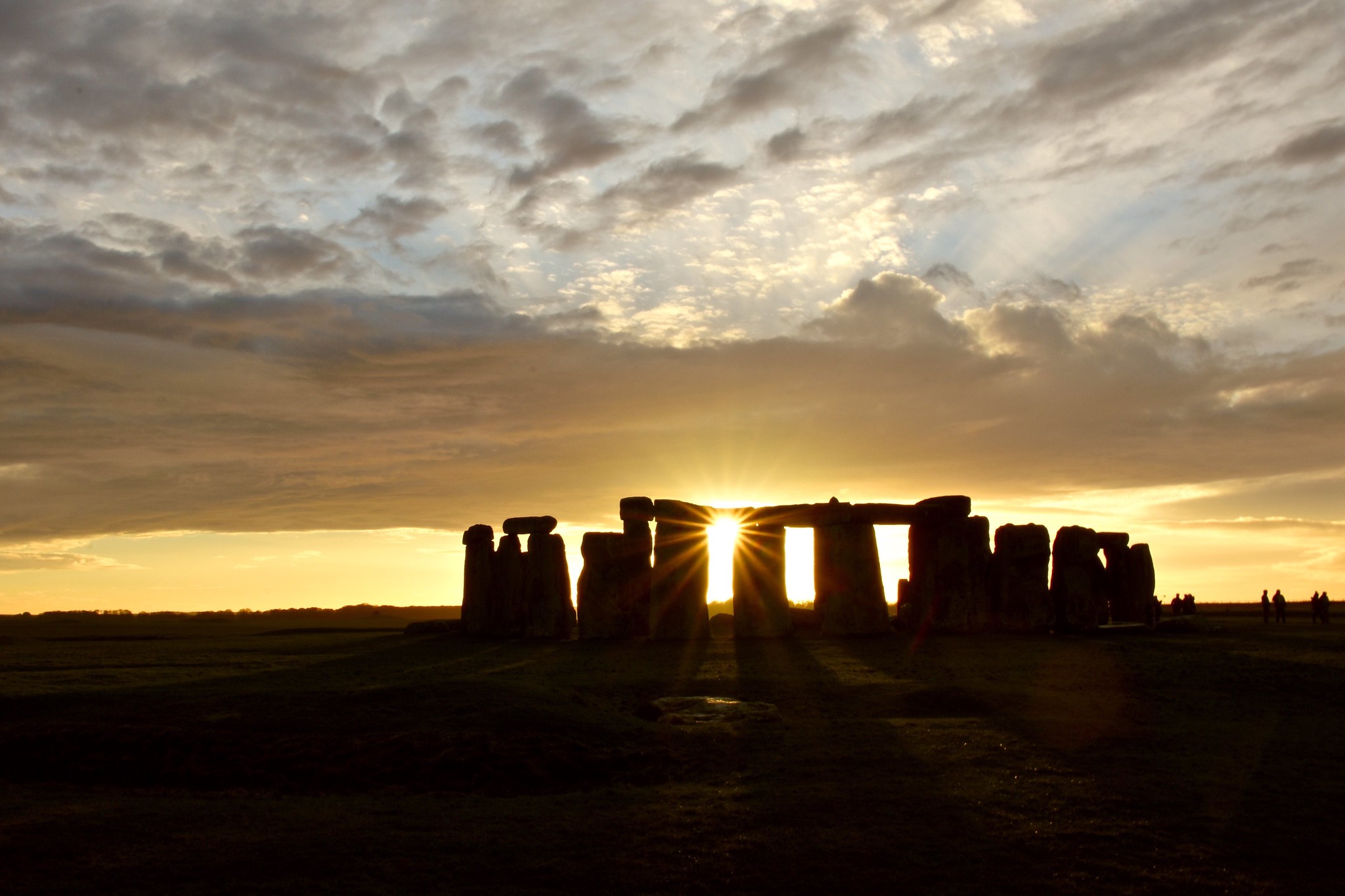 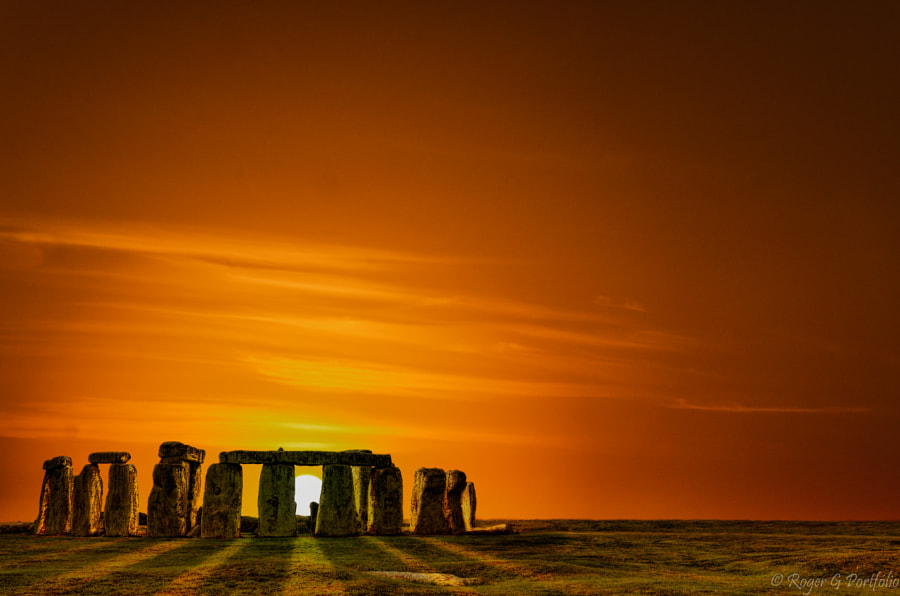 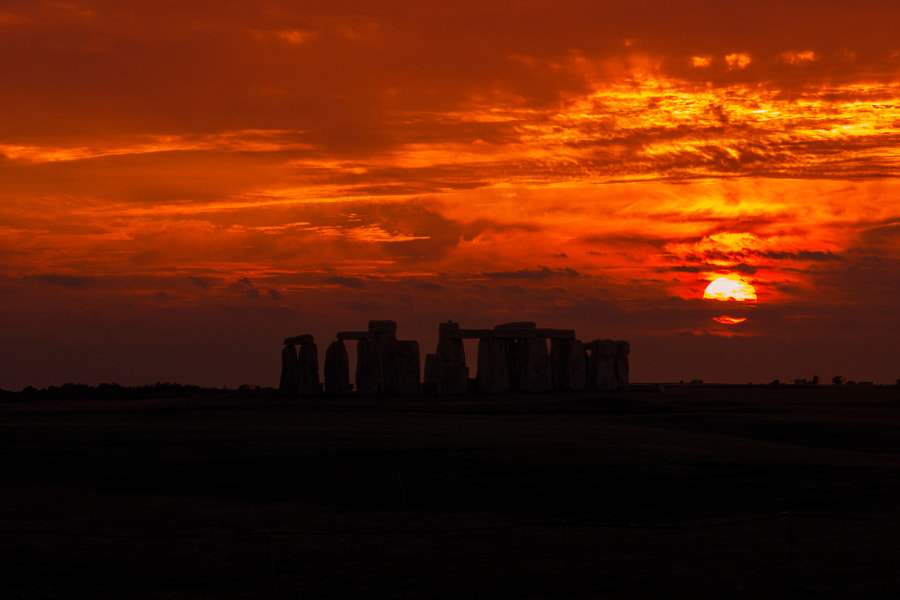